There are multiple reasons where it’s just not practical to run a long HDMI cable to connect your TV. You might be putting your TV up on a rock wall, and you don’t want to hire somebody to come in there and drill a bunch of holes and pay a bunch of money. Maybe you’re installing a new projector, and you don’t have the means to run a long HDMI cable from your blue-ray player to your projector. That’s where DVDO Air3C comes into place. It’s one of the best wireless HDMI transmitter and receiver.

If you have an HD television sitting on your wall, you probably don’t want to have an HDMI cable going into it from your home theater receiver. DVDO Air3C 60GHz device from DVDO that will allow you to do all of that connect wirelessly. You’re able to get HiDef video content out of your receiver on the other end of the room wirelessly with this kit.

What it does basically is you plug your HDMI into the transmitter, and it will then fire that signal off via a 60 GigaHertz connection. It doesn’t have too many interference problems over to the receiving unit that sits on the other side. There’s an antenna area, and they do recommend that you keep those antennas visible to each other. You can bounce the signal off of ceilings, but they did mention that a direct connection is probably the best way to go.

You have to experiment a bit slightly with it when you get it set up. There’s a control button for initial pairing. There’s a light that indicates whether or not it is working and receiving video content. There is also an HDMI connector and a service connector to update the firmware. These features aren’t too complicated of a device because its main task is taking whatever it gets via HDMI. 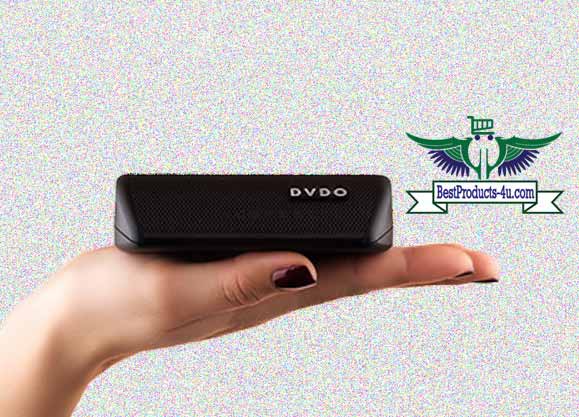 This kit is also designed with an included AC adapter that also supports the MH L standard, so you can stream from your tablet through this device and bypass your receiver altogether. It also has a receiver that requires less power. What’s neat about this receiver is that if you can give it a 1 amp USB connection, you might not even need to plug in the included AC adapter. You could save an extra plug in there. I do like the fact that they actually give you two HDMI cables, which is always a nice thing to get the cables there.

What they do recommend is that you keep the little antenna areas visible to each other so they’re identical on both ends and you can peek it up over the top of your television. You can alternatively use the little brackets to attach it to your TV and have it stick up there. That will certainly work well in your home theater room since it’ll just pop up out of the bottom of the TV there.

This kit provides some pretty basic mounting hardware. It doesn’t work with 4k, but it does allow for up to 30 feet of transmission distance as long as it’s got line-of-sight.

This is a real win if you’re looking for a wireless HDMI transmitter. You can get your HDMI broadcast over the air flawlessly and without a lot of latency. If you’ve got a tough installation situation, I highly recommend you consider the DVDO Air3C Wireless HDMI Kit. Its stability is its hallmark.